Yesterday, the musical world lost a true giant: producer, singer, songwriter, and a general embodiment of human creativity, Lee “Scratch” Perry. While Bob Marley will always be Jamaica’s most iconic musical ambassador, Perry was arguably its most visionary figure. From his emergence in the mid-sixties, up until the point of his death, “Scratch” was the mind behind many of reggae music’s most beloved recordings.

Though Lee Perry’s involvement in the music business dates back to the mid-fifties, his career took off when he founded Upsetter Records in 1968. It was during the late-sixties and early-seventies that Perry began working with the rotating cast of musicians that would become known as The Upsetters, and that he truly started to hone the unique production style that would mark hundreds of releases over the next several decades. Perry’s work during this era involved collaborations with some of Jamaica’s most notable artists, including a young, up-and-coming Marley.

The next milestone in Perry’s career coincided with the founding of his legendary Black Ark Studio. Built in the backyard of his Kingston home, Black Ark may have lacked the state-of-the-art technology of the finest contemporary American and British recording studios, but Perry’s production wizardry – a mix of experimentation and superstition – would ensure that the records made there were among the most innovative of their time. Black Ark would remain Perry’s base of operations until 1979, when he (allegedly) burned it down, before relocating to Europe.

Perry’s studio experimentation was a critical ingredient in the emergence of the “dub” sub-genre of reggae. While Jamaican DJs had already been remixing preexisting tracks for years, Perry – along with other innovators such as King Tubby – turned the practice into a bonafide art form. It was in this setting that Perry’s creativity truly ran wild, but rarely to the point in which it sacrificed hooks and accessibility for the sake of artistic abstraction.

Perhaps even more than Phil Spector, Martin Hannett, or any other producer whose work is instantly identifiable, Lee “Scratch” Perry’s recordings tend to have a sense of totality about them – one that makes those recordings feel like intentional pieces in an overall body of work, despite the dizzying array of artists whose names they were released under. In that sense – not to mention Perry’s legendary prolificacy – cracking his catalog can make for an imposing challenge. This playlist/article seeks to provide an introduction to Perry’s most immediately rewarding era: from the founding of Upsetter Records in 1968, to the closing of Black Ark Studio in 1979.

Credited to Lee “King” Perry, “People Funny Boy” was among the first tracks released on Perry’s own label. Indicative of the offbeat production flourishes that would come to define his work, the lively track is underpinned by the sound of a crying infant. Beyond that, it’s an impossibly catchy and charming song that helped introduce Perry to a wider audience.

Released in 1977, Junior Murvin’s Police & Thieves is one of the so-called “holy trinity” of albums produced in Perry’s Black Ark Studio. Initially released as a single in 1976, the album’s title track is one of the most iconic recordings in the history of Jamaican music. The Clash would pay tribute to the song, recording it for their 1977 self-titled debut, which in turn prompted Lee Perry to produce one of the band’s finest singles, “Complete Control.”

Lee Perry produced Junior Byles’ 1972 debut, Beat Down Babylon. While an excellent album in its own right, this contemporary single stands as perhaps the best collaborative track between Perry and the Kingston singer-songwriter. Perry had not yet moved his operations to Black Ark, and “King of Babylon” arguably benefits from the more direct approach taken here.

Another early track from Upsetter Records, “Honey Love” featured the vocals of Burt Walters. While its B-side, “Evol Yenoh,” displayed Perry’s emergent knack for production tricks with its backwards vocals, “Honey Love” is all about easy-going appeal – with the homespun nature of the recording only adding to its already immense charm.

Originally written for Bob Marley – Perry’s vocals were only recorded as a guide track – “Dreadlocks in Moonlight” was released on Chris Blackwell’s Island Records in 1976. While its release on a label with international presence didn’t make the song a major hit, it stands as one of the most endearing recordings in Perry’s extensive catalog.

Another entry in Perry’s “holy trinity,” The Heptones’ 1977 album, Party Time, is the best-regarded album in the long-running Kingston group’s discography. Its highlight, “Storm Cloud” is an ominous track that shines a light on poverty, violence, and political corruption. The vocals of Leroy Sibbles, Earl Morgan, and Barry Llewellyn deliver a powerful message over a steady beat, carried by the bass work of Boris Gardiner.

“Place in the Sun”

One of the earliest hits produced by Lee Perry, David Isaccs’ cover of Stevie Wonder’s 1966 song, “A Place in the Sun,” helped to establish the British-based Trojan Records as a successful distributor of Jamaican music. As Perry productions go, it’s quite straightforward – albeit in his typically “lo-fi” style – but that’s hardly a complaint when the source material is this strong.

Among the dozens and dozens of albums credited to Lee “Scratch” Perry – and not those attributed to The Upsetters – 1977’s Roast Fish Collie Weed & Corn Bread may very well be the best-regarded. A consistently-engaging mix of winning melodies, odd production tics, and offbeat lyricism, the album’s virtues are synthesized in the immensely charming “Curly Locks” – one of Perry’s signature solo tracks.

Recorded right in the middle of his most productive era, Prince Jazzbo’s 1976 album, Natty Passing Thru’, is not among the best-known Lee Perry projects, but it’s a frequently-intriguing set of songs, bolstered by some of Perry’s densest production work. Its highlight, “Natty Pass Thru’ Rome,” is indicative of the album’s best qualities, and was reasonably successful upon its release as a single.

Another bright spot from Perry’s early years as a producer, The Inspirations’ 1968 single, “Tighten Up,” is the best-known track in the group’s limited discography. Like many other singles on this list, it’s also a rarity – highly sought after by collectors, due to both its scarcity, and its quality.

“Someone to Love Me”

It was somewhat rare for Lee Perry to work with female lead vocalists; Susan Cadogan’s self-titled 1976 LP is perhaps the best-known example. Recorded in 1977, Candy McKenzie’s lone solo album would sit unreleased for thirty-five years, before being issued in 2012. While not among Perry’s most innovative recordings, it shows his ability to work within more “traditional” parameters, and still produce an intriguing result.

Though it’s not considered as part of his “holy trinity,” The Congos’ 1977 debut, Heart of the Congos, is Lee Perry’s masterpiece. One of the greatest reggae albums of all-time, Heart of the Congos makes a commitment to atmosphere that is nothing short of total. Its airy vocals, ominous vibes, and ethereal production are perfectly introduced on the opening “Fisherman,” and they are maintained throughout this most hypnotic of records.

Of the many albums in which The Upsetters earn top billing, 1976’s Super Ape is arguably the best. Taking a deep dive into the dub styling that Perry had helped to pioneer, the record matches its lo-fi aesthetic, psychedelic flourishes, and dark atmospheres to often-thrilling effect. Its opener, “Zion Blood” is just one of the many highlights scattered throughout.

One of the most curious entries in Lee Perry’s body of work, this 1979 album has a rather fascinating backstory. Seke Molenga and Kalo Kawongolo were Congolese musicians who were brought to Jamaica, and then abandoned, by a French record executive. Taken in by Perry – who viewed their arrival as some kind of divine intervention – the two made a record at Black Ark that managed to merge contemporary Jamaican sounds with traditional African music. “African Roots Reggae” is arguably the album’s most appealing track, but it’s a consistently intriguing listen.

The final entry in Lee Perry’s “holy trinity” – although it was actually the first one to be recorded and released – Max Romeo’s War ina Babylon is one of the finest examples of his production acumen. While consistently strong, the album’s highlight was its first single, “Chase the Devil.” Perry was so fond of the backing track that he repurposed it – almost immediately – for use on Super Ape, where it appeared, with new lyrics, as “Croaking Lizard.”

Vocalists Delroy Denton, Keith Coley, and Gilmore Grant formed The Silvertones in 1963, and would work with Lee Perry for several years before finally recording their sole LP in 1973. Though not one of Perry’s best-known works, Silver Bullets displays many of the hallmarks of the iconic recordings that he would soon be making at Black Ark – particularly on the album standout, “Rejoice Jah Jah Children.”

Often regarded as the first true dub album, Upsetters 14 Dub Black Board Jungle represents a significant moment in the evolution of Lee Perry’s artistry. A product of a new studio and a new mindset, the album employed clever mixing, stereo panning, thick reverb, and outstanding musicianship from a massive cast of contributors. “Black Panta” is an alluring opener to one of Perry’s most important sessions.

One of the key contributors to Upsetters 14 Dub Black Board Jungle was Augustus Pablo – the musician/producer who made the melodica popular among reggae artists. Pablo had worked frequently with Perry early in his career, but rarely after becoming a star in his own right. “Vibrate Onn” was a welcome exception – a winning collaboration between two of the most unique voices in reggae/dub music.

Here’s another early release from the archives of Upsetter Records. While comparatively little is known about The Mellotones – who recorded a half-dozen sides with Lee Perry between 1968-69 – the group would eventually launch a long-running career for vocalist Winston Francis. “Uncle Charlie” is an effervescent throwback to simpler times.

Initially released on the Black Art label in 1977 as “Better Feature,” “Better Future” was reissued to a wider audience – with a correct title – in 2019. One of the most crisp productions in Lee Perry’s discography, the track features a commanding vocal performance from Errol Walker, and a great late-Black Ark-era version of The Upsetters.

Perhaps Lee Perry’s definitive solo track, “Disco Devil” is a wildly inventive dub version of Max Romeo’s “Chase the Devil,” which Perry had produced only a year earlier. Stretching the song to twice its original length, Perry adds his own vocalizations, hooks from a trio of singers known as Full Experience, and a barrage of spacey sound effects. While the process of dub music may sound highly academic to some, Perry’s results on this track are little short of stunning.

When African Herbsman was released in the UK in 1973, Bob Marley & The Wailers were already on their way to international superstardom, having released the game-changing Catch a Fire on Island Records three months prior. By that point, the recordings on Herbsman were several years old – having been recorded with Lee Perry during 1970-71. Though they weren’t the songs that would make Marley a household name, the tracks that he made with Perry (including “Kaya,” “Lively Up Yourself,” and “Small Axe”) represent some of The Wailers’ finest material. It’s actually Peter Tosh’s “400 Years” – which closes out African Herbsman, and appeared on 1970’s Soul Rebels – that I chose for this list. After all, its ominous lyrics and instrumentation feel like a natural fit for the signature style that Perry was just beginning to discover when he met up with Tosh, Marley, and The Wailers in 1970. 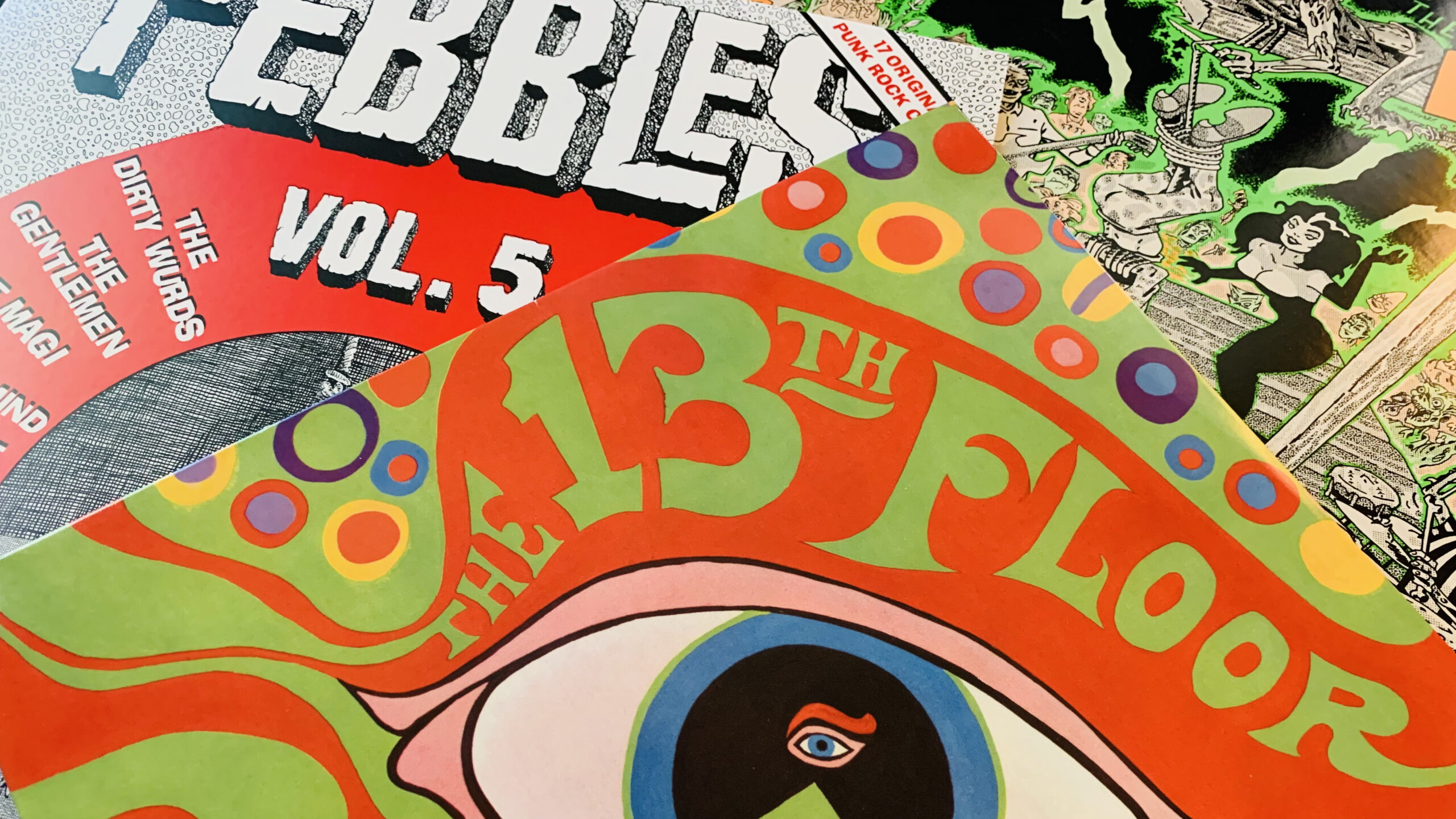 An Introduction to Texas Punk

An Introduction to David Berman 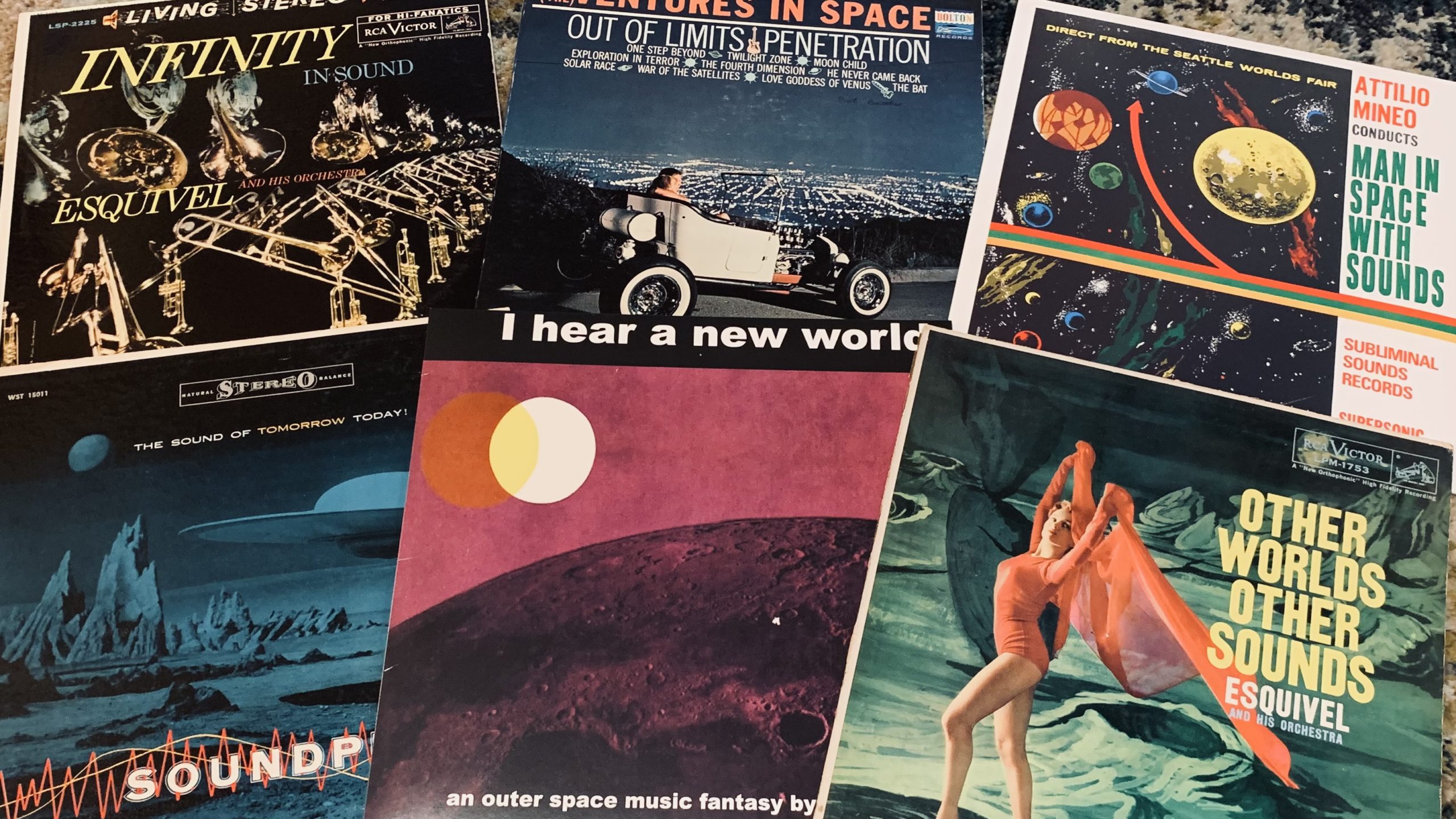 An Introduction to Space Age Pop