I’ve always considered myself an “album guy.” For as long as I can remember, I’ve been fascinated by the way in which bands and artists go about creating a full-length record: the songwriting process; the recording environment; the underrated art of sequencing; and of course, tying it all together visually. Concept albums. Double albums. “Lost” albums. All fascinating to me.

A little over eight years ago – New Years Day 2012, to be exact – I started a “listening project.” I had cut up small bits of paper, each labeled with a year between 1950-2011, and placed them in a tiny drawstring bag from which I would pull one at a time. I decided that for each year, I would post a list of my thirty favorite albums on my RateYourMusic page. Before doing so, I determined to pick up any album from that year that I considered “missing” from my iTunes-organized collection of approximately 2500 titles. The first year that I picked was 1994. By the time I finished the last randomly-chosen year (2000) in late 2015, my collection had doubled in size.

It was at that point that I switched my focus from albums to songs. This allowed me to take a deeper dive into eras and genres that were seemingly underserved by the LP format. By this point, discovering a “new” song to love was far more likely than finding a great album that I had somehow missed out on. Somewhere around then, I determined that I would eventually have to share the results of my findings.

Perhaps it’s my long history on RateYourMusic that makes me predisposed to present those findings in list form. I thought about arranging the songs in chronological order – creating something of an historical narrative – but liked the idea of older songs rubbing shoulders with newer ones. I thought about presenting them in the rough order in which I became familiar with them, but worried about that making the project too autobiographical. Ultimately – to the almost-certain annoyance of one of the few people that I can count on reading this – I settled on a ranked list. After all, ranked list-making is a time-honored tradition of the music geek.

I set just a few ground rules for this list:

First, I set the time frame for the project from 1920 to 2019. In addition to being a full century, it acknowledges that pop music reached its true arrival point in the 1920s. While there are some worthwhile recordings from the 1910s and before, they are largely curiosities compared to everything that came after. Ending it at 2019 gave me something of a deadline to work with, and allowed me to avoid the temptation of adding new songs as the list is rolled out in twenty-song increments.

The second rule is a bit harder to define, but essentially, I decided to exclude tracks from albums that are designed to flow in a “suite-like” manner. While that descriptor is highly subjective, my application of it primarily impacted jazz records, such as In a Silent Way, A Love Supreme, and The Black Saint and the Sinner Lady. I could have easily justified including every track on each of those records, but – seeing as how their creators will be well-represented regardless – I decided to hold discussion of them back for a later time.

Finally, as something of a “non-rule,” I decided not to place any restrictions on the maximum number of songs that an artist could have on the list. While I lament the impact that this had on some lesser-represented artists, I felt it necessary to include what I considered to be the most worthy songs, regardless of potential “over-representation.” Two artists have over twenty entries on this list. You probably won’t be surprised by who they are. With that said, there are nearly five hundred different artists who appear on the list.

In terms of presentation, each set of twenty songs will appear as its own post. They will be revealed in reverse order. I have already determined the one thousand songs that will be on the list, but their rankings won’t be solidified until each entry is posted. In addition to my thoughts on the song, I will share a YouTube video for each track. Most of these will feature the studio version of the song, though live versions will be substituted in some cases. I’m also taking the plunge into the world of streaming services, as each twenty-song set will have a corresponding playlist on the Spotify profile Strange Currencies Music. While this project will be the primary emphasis of Strange Currencies until its completion, I will continue to post new articles and features on a semi-regular basis.

Ultimately, the intention was for this to be my list of the great songs of the past century, not the list. Each entry will feature some of my thoughts on the songs, and I encourage you to share yours in the comments section. My favorite genres – garage bands, girl groups, post-bop jazz, 80s-90s American indie rock – are well-represented. There are some idiosyncratic picks, for sure. Likewise, there are “sacred cows” who were never even on the initial “long list” of songs under consideration. There are more appearances by They Might Be Giants and The Monkees than there are by Led Zeppelin. The sixties dominate, but the list is also clearly the product of someone born at the end of the seventies, who came of age in the nineties, and became a music obsessive in an online era.

Mid-Century: ‘A Century of Song’ at the Halfway Point 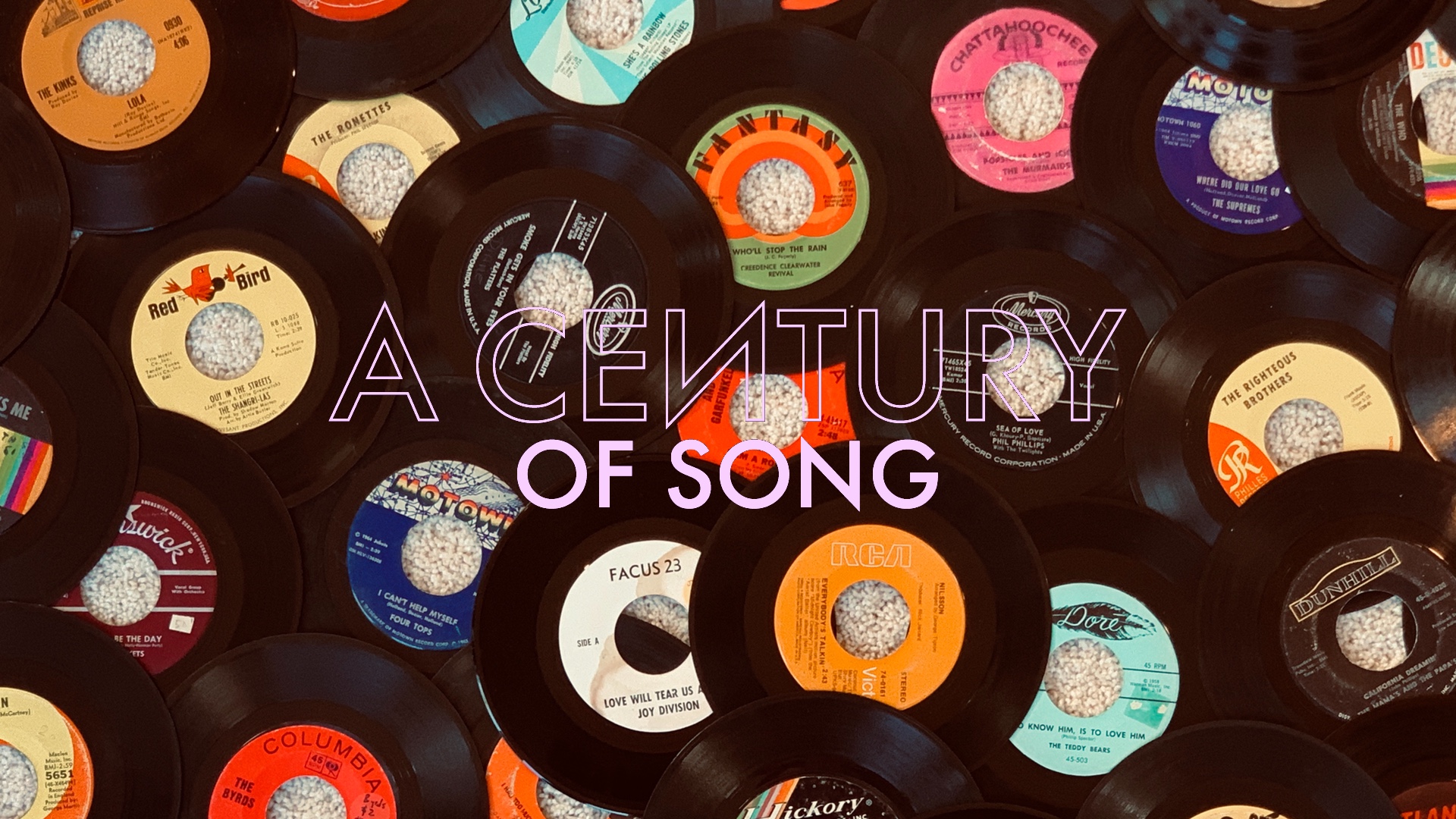