On the last day of March 1971, a film with little precedent was released in two American theaters: one in Detroit, and one in Atlanta. Written, directed, produced by, and starring Melvin Van Peebles, Sweet Sweetback’s Baadasssss Song represented an immediate flash point in American cinema. Defiantly independent, uniquely edited, and – most importantly – the uncompromising work of an African-American filmmaker, Sweetback was a game-changer; its graphic sexuality, revolutionary politics, and portrayal of Black heroism would prove both highly controversial and massively influential. Critical reception was decidedly mixed, but many in the Black community – including leaders of the Black Panthers – considered the film mandatory viewing.

Less than three months later, Shaft would become the first film supported by the Hollywood establishment to mine similar themes. While less revolutionary in terms of its content, the Gordon Parks-directed film would ultimately confirm the commercial viability of the genre that would soon come to be known as blaxploitation. Of equal importance to Shaft‘s gritty portrayal of New York’s criminal underground and its highly-stylized hero was the movie’s musical score – composed and performed by Isaac Hayes, and released on the Enterprise label.

Drawing from the harder edged sounds of then-recent funk music, and augmented with sweeping orchestration, Hayes’ soundtrack to Shaft – particularly its iconic theme song – would match both the drama and sophistication of its visual counterpart. In the wake of the soundtrack’s success – which included an Oscar, multiple Grammys, and several weeks atop the Billboard charts – the archetype for the blaxploitation sound was cemented. Likewise, the theme song’s extolling of the movie’s protagonist would help to establish a template for many blaxploitation films to follow.

Like all quickly-emergent trends, the myriad films and soundtracks that arrived on the heels of Sweet Sweetback’s Baadasssss Song and Shaft yielded both gems and bombs. In some cases, lackluster movies produced transcendent music – most notably the 1972 film Superfly, and its corresponding soundtrack by Curtis Mayfield. In others, excellent tracks – often instrumentals – were hidden behind hackneyed theme songs. This playlist seeks to separate at least some of the wheat from the chaff of blaxploitation soundtracks, highlighting twenty songs that stand alongside the best soul music produced during the first half of the 1970s.

While it wasn’t the first blaxploitation film, Shaft did more than any other movie in bringing the genre to a wider audience. Much of this had to do with the appeal of Isaac Hayes’ soundtrack. Its wah-wah guitar, soaring strings, and Hayes’ praise of John Shaft (played by Richard Roundtree) would make “Theme from Shaft” as memorable as the film itself. Hayes would go on to score other blaxploitation films – 1974’s Truck Turner and Tough Guys – but “Theme from Shaft” would remain his greatest soundtrack work.

“Ain’t It Hell Up in Harlem”

Best known for his 1970 hit “War” (what is it good for?), Edwin Starr landed the soundtrack to Hell Up in Harlem, the sequel to 1973’s Black Caesar. While James Brown had created the music for the original – and was considered for the sequel – Starr handles Hell Up in Harlem with a commanding performance throughout. As was often the case with blaxploitation soundtracks, its opening theme song was its most memorable moment.

Unquestionably the finest soundtrack to a blaxploitation film – and simply one of the best albums of all-time – Curtis Mayfield’s Superfly is a bonafide classic. While the entire soundtrack is essential, its theme, “Freddie’s Dead,” gets the nod for this playlist, based on its infectiously funky hook, lush orchestration, and Mayfield’s socially-conscious lyrics and impassioned vocal performance.

“Coffy Is the Color”

One important aspect of blaxploitation was its use of strong Black female lead characters. Jack Hill’s 1973 film, Coffy, helped to launch the career of Pam Grier, who would subsequently play leading roles in movies such as Foxy Brown (1974) and Sheba, Baby (1975). For the soundtrack to Coffy, the producers tapped jazz veteran Roy Ayres, who brings his playfully melodic vibraphone work to this album-opening highlight.

Another jazz veteran, J.J. Johnson would put his composing and arranging skills to excellent use on several important blaxploitation soundtracks, one of the most notable being 1974’s Willie Dynamite. A sprightly instrumental track, “Willie Chase” captures the speed, dynamics, and action that were a central component of the genre.

“Are You Man Enough?”

While their most iconic recordings had been made in the mid-sixties, Detroit’s Four Tops remained a draw well into the seventies. One of their biggest hits of the decade was the theme song to the third – and final – entry in the Shaft series, 1973’s Shaft in Africa. Funky – and featuring the group’s signature harmonies – “Are You Man Enough?” was a highlight from a mostly middling film.

The opening title track to 1972’s Across 110th Street is one of the truly classic blaxploitation tracks. Composed and conducted by J.J. Johnson – and featuring a stirring vocal performance from Bobby Womack – “Across 110th Street” is a song that manages to transcend its connection to a film that has been largely forgotten by modern audiences.

Though James Brown co-wrote “Mama Feelgood,” it was the only track from the soundtrack to 1973’s Black Caesar that Brown did not lend his signature vocal presence to. Instead, that task fell to Lyn Collins’ – who co-wrote the funky track with Brown. She does an admirable job as a stand-in for the Godfather of Soul, contributing a highlight to one of the second-tier blaxploitation soundtracks.

Grant Green – the same Grant Green behind Idle Moments, and a host of excellent records for Blue Note – took a stab at blaxploitation with the soundtrack to 1972’s The Final Comedown. While it’s slightly disorienting hearing such a funk-aligned track coming from the venerable jazz label, the album’s title track shows that Green’s skill transferred well across genre lines.

There’s something quintessentially blaxploitation about the tagline to the 1973 film, Savage!; “On the streets or on the sheets, he’s a savage!” Likewise, there’s something about Don Julian’s lengthy title theme that captures the essence of the genre’s sound: sixteenth-note hi-hats, bongos, fluid bass, wah-wah guitar, soaring flutes, and a dynamic intensity that is befitting of the action promised by the film’s alluring poster.

Instantly recognizable to any fan of Kendrick Lamar’s To Pimp a Butterfly, Boris Gardiner’s title song to 1973’s Every N***** Is a Star earned a second life when it was repurposed as the introduction to that decade-defining hip-hop landmark. Excellent in its own right, the soulful track hits upon the theme of Black empowerment that was at the heart of blaxploitation cinema.

Speaking of To Pimp a Butterfly, that album’s “King Kunta” has more than a few callbacks to the next entry on this playlist. While James Brown created the soundtracks to Black Caesar and Slaughter’s Big Rip Off, his finest work in the blaxploitation style came with the title track to his 1973 album, The Payback. Originally conceived as the soundtrack to Hell Up in Harlem, the songs would be repurposed as a stand-alone record – Brown’s most critically-acclaimed work of the seventies.

Blaxploitation bred several film sub-genres; for instance, Black sci-fi produced at least one memorable soundtrack in Sun Ra’s 1973 score for Space Is the Place. The previous year’s Blacula stands as the best-known example of Black horror, and its score by Gene Page – a highly sought-after composer and arranger – was a hit in its own right. Predicting the smooth sounds of disco that were on the horizon, “The Stalkwalk” is one of the soundtrack’s signature moments.

Another track from 1974’s Willie Dynamite, “Willie D” combines J.J. Johnson’s arrangement skills with the vocal work of Martha Reeves – formerly the lead singer of The Vandellas, who had a string of massive hits during the mid-sixties. Yet another example of a movie theme that espouses the merits of its title character, “Willie D” is one of the best of its kind.

Here’s a voice that’s always welcome. Coming off the heels of his 1971 masterpiece, What’s Going On, Marvin Gaye took a turn with blaxploitation on the soundtrack to 1972’s Trouble Man. Gaye’s unmistakable vocals are best displayed on the album’s title track, which became a considerable hit after being released as a single.

The good folks at the Numero Group are the best in the business when it comes to unearthing long-lost classics. This soundtrack to the never-released Brotherman was recorded by an obscure Chicago group, formerly known as The Kaldirons. Changing their name to The Final Solution – unaware of the Holocaust connection – the group crafted a ten-track song cycle that holds up extremely well as an album. While the would-be theme song and several other tracks are also stellar, “I Don’t Care” does an excellent job of showing off the group’s harmonies.

The soundtrack to the original blaxploitation film further represents the do-it-yourself approach of its star, Melvin Van Peebles. Van Peebles had already released a pair of spoken-word albums prior to his first soundtrack work, 1970’s Watermelon Man, and the music to Sweet Sweetback’s Baadasssss Song found him deepening his commitment to the craft. Working with a then-unknown Earth, Wind & Fire, Sweetback is a consistently driving score, perhaps most impressive on this fast-paced track.

Aside from Four Tops’ excellent theme song, the soundtrack to Shaft in Africa was essentially the work of composer/arranger Johnny Pate. The score’s title track incorporates a handful of musical elements from the film’s African setting, but it is – at its core – an excellent, propulsive funk track.

Curtis Mayfield’s former group did a blaxploitation soundtrack of their own, scoring the 1974 film Three the Hard Way. While it doesn’t quite match Superfly, there are enough worthwhile tracks to make it one of the Chicago group’s best post-Mayfield releases. The opening theme, “Make a Resolution,” is the film’s most immediately appealing piece.

“Brother’s Gonna Work It Out”

Willie Hutch turned in two of the most memorable blaxploitation soundtracks with 1973’s The Mack and 1974’s Foxy Brown. The closing song to the former, “Brother’s Gonna Work It Out” opens as a meditative piece – interspersed with quotes from the movie – but transforms into a funky track that, instrumentally, sounds a few years ahead of the disco craze that was on the horizon. Its sharp lyrics mix weariness with optimism, making for a powerful message, and a fitting closer to our playlist. 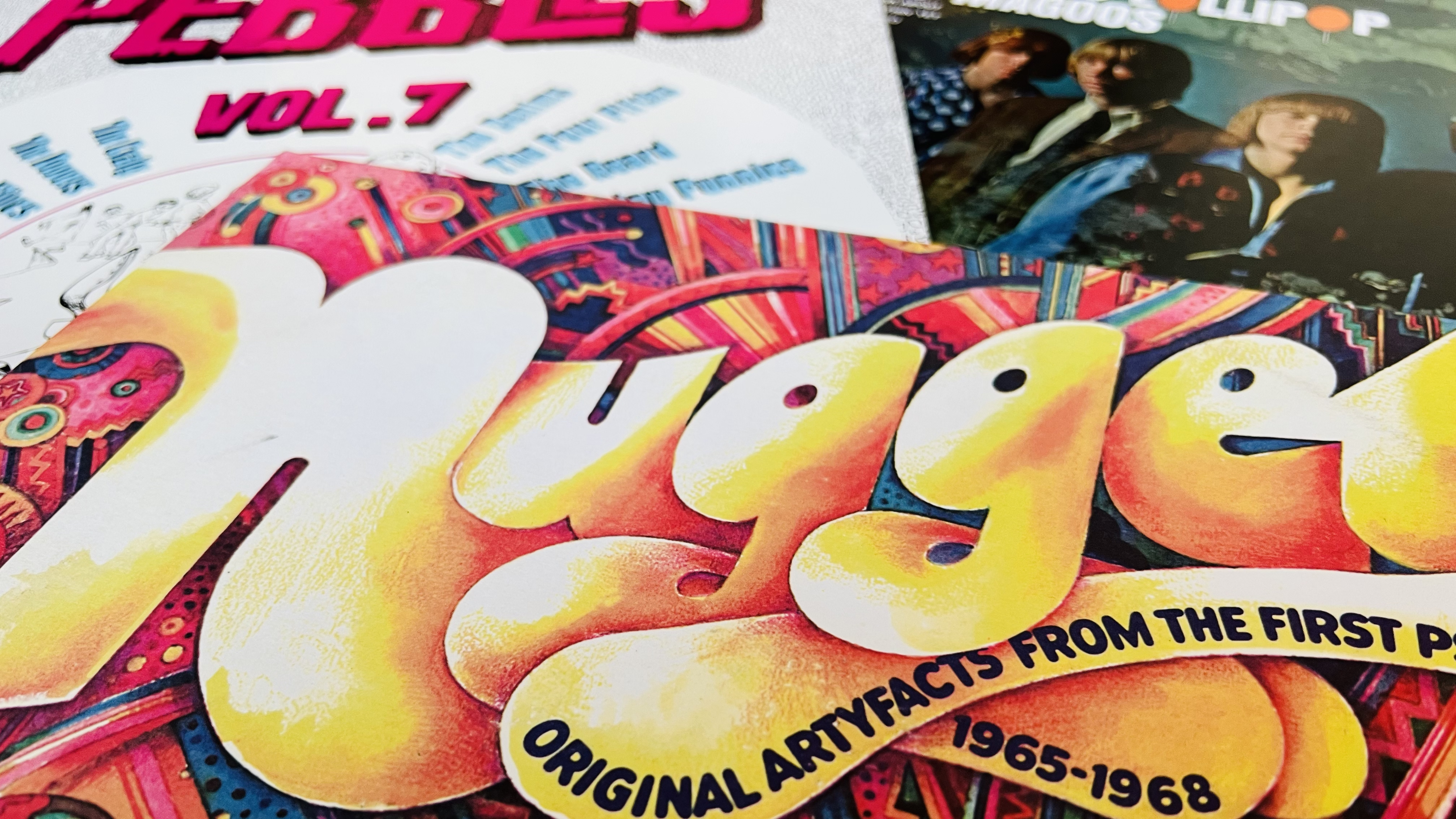 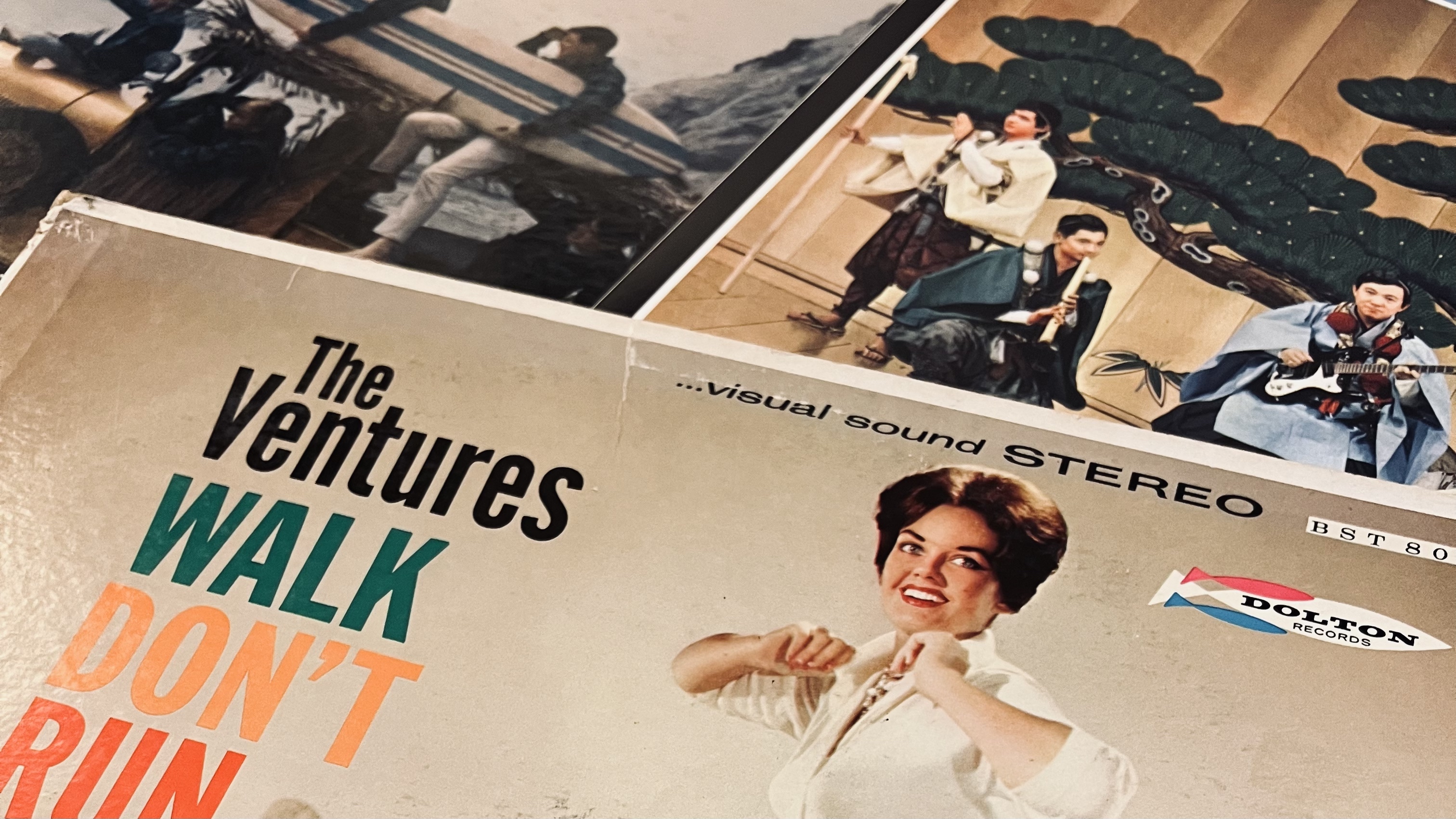 An Introduction to Surf Rock 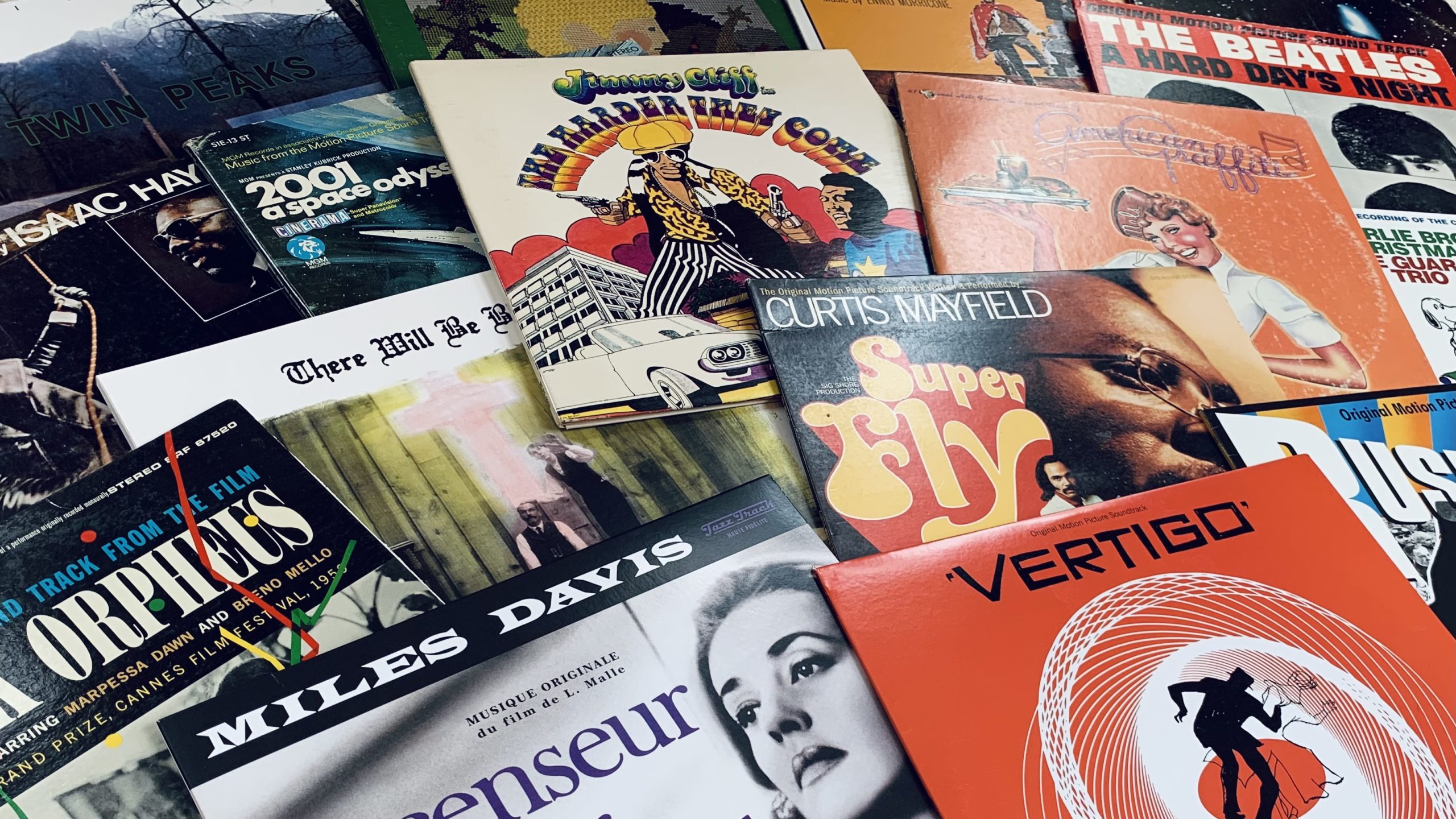