Curtis Mayfield’s first album after his departure from The Impressions is an assured, confident statement of artistic intent. A mix of expert musicianship, bold production, and poignant, socially-conscious songwriting, it ranks among the finest soul records of all-time.

In 2011, the last buildings of Chicago’s Cabrini-Green housing development were demolished. For decades, Cabrini had come to symbolize the failures of public housing; not only in Chicago, but for the United States as a whole. As the most notorious housing project in the nation, the name Cabrini-Green had become synonymous with gang violence and drug abuse, and while Cabrini’s reputation was magnified by its proximity to affluence on Chicago’s north side, those who had grown up in its red and white high-rises greeted their demise with mixed emotions. One Cabrini resident who was not there to witness its demolition was Curtis Mayfield, who had died in late 1999, nearly a decade after a freak stage accident left him paralyzed from the neck down. Born in 1942, Mayfield had spent his teenaged years in Cabrini-Green, dropping out of high school during his sophomore year to pursue a musical career that would ultimately make him one of the most respected songwriters and performers in America.

Mayfield began his recording career with The Impressions in 1958, joining up with high school friend Jerry Butler, and eventually becoming the group’s lead vocalist after Butler’s departure in 1960. With his unmistakable falsetto vocals and distinctive guitar sound – partially the product of his own unique tuning – Mayfield was destined to be the focal point of The Impressions, but he was also the group’s dominant creative voice. Over the course of the ensuing decade, Mayfield and The Impressions would score several chart hits, all while their music became increasingly socially conscious. Songs like “Keep on Pushing,” “People Get Ready,” and “We’re a Winner,” would become inexorably linked with the Civil Rights Movement, tracing its transition from direct action to Black Power.

The soul music scene at the dawn of the seventies had placed a newfound emphasis on expressing the realness of Black life in America, and Mayfield wanted his new music to accurately reflect the world as he saw it. Though he had engaged in social commentary with The Impressions, Mayfield believed that the expectations set by the group’s familiar, polished sound imposed too much of a restriction on his artistic vision. These concerns were not entirely unfounded. For example, a piece published in the Black-centric Jet magazine in early 1968 had mused on whether or not radio play of the group’s recent hit “We’re a Winner” – with its relatively benign message of Black empowerment – might do too much to provoke further racial conflict in the tinder-box cities of the West and North, and a South that was still reeling from a decade of tense protests and backlash. While subsequent Impressions tracks – such as the 1969 single “Choice of Colors” and its B-side, “Mighty Mighty (Spade & Whitey)” – continued to tackle issues of race, they still feel like half-steps on the way to Mayfield’s true artistic breakthrough. In 1970, he set out on his own to record an album that would attempt to tap into a harder-hitting sound and further define his singular creative vision.

Released in September of 1970, Curtis, would be a career-redefining masterstroke that reflected the continued pain, persistence, and urgency of a fractured Civil Rights Movement; one that “Middle America” preferred to believe (with little to no evidence) had achieved its goals in the preceding decade. Despite its wide lens focus on the issues of the day, as its title suggests, Curtis was an intensely personal record for its creator. Its eight tracks may have been conceived by Curtis Mayfield the man – successful soul singer, admired by legions of fans, and one of the most celebrated Black artists of his time – but they revealed the vantage point of Curtis Mayfield the child, growing up in Cabrini-Green. The album’s images of kids going to sleep on an empty stomach, communities wracked by violence and drugs, and schools that crumbled in the plain sight of apathetic politicians, were all real – and personal – for Mayfield.

Curtis leads off with “(Don’t Worry) If There’s a Hell Below We’re All Going to Go,” one of the most stunning album openers in pop music’s history. The song’s apocalyptic tone is immediately established by a vicious fuzz bass, a spoken monologue about the Book of Revelation, and Mayfield’s slur-filled roll call of the intended recipients of the titular message. It’s worth noting that – at least on this track – the concerns expressed by Mayfield are as much about economics as they are about race. By addressing an inclusive audience with his opening proclamation, Mayfield alludes to a common systemic oppression of the poor, regardless of race. It’s an oppression that manifested in mass incarceration, failing infrastructure, and – at that particular moment in time – getting shipped off to Vietnam. The track is a scathing indictment of Nixon’s America, and the do-nothing mentality that perpetuated a perversely unjust status quo. Where other artists warned of the possibility of fire, Mayfield implored his audience to prepare for the inevitability of the inferno, but seemingly suggesting that they dance on the way there. As grim as the lyrics are, “Don’t Worry” seethes with the power of its heavy funk rhythms, which are deftly juxtaposed with the liltingly lush orchestration. These elements served as both the culmination of Mayfield’s progression along the production learning curve while with The Impressions, and as evidence of everything that he had to gain by going solo.

The other towering highlight of Curtis is the album’s centerpiece, “Move On Up.” Propelled by its insistent percussion and buoyant brass section, “Move On Up” is every bit as uplifting as “Don’t Worry” is harrowing. Released as the album’s second single, the track defied convention with its nearly nine-minute runtime – concluding with an extended instrumental denouement. Though the unedited single version failed to chart, “Move On Up” would in time become an anthem, with its inspirational message of solidarity and persistence, and its celebratory horn-driven melodic hook. There’s precious little in the canon of American pop music that bests it, but – given the reluctance of major record labels to push against the demands of commercial radio – it’s unlikely that it would have appeared in its familiar form, if not for the creative freedom afforded to Mayfield by releasing Curtis on his own imprint, Curtom Records.

Elsewhere, Curtis impressively displays the full range of Mayfield’s talents. The “how the other half lives” lyrical visions of “The Other Side of Town” and “We the People Who Are Darker Than Blue” are moving enough on their own, but their lushly baroque arrangements and shifting dynamics – especially the funk breakdown of the latter track – elevate them to stirring heights. “Miss Black America” and “Wild and Free” find Mayfield returning to the positive Black empowerment messaging of the preceding “Move on Up” – to a slightly less successful degree – and recalling his late-era work with The Impressions. The romantic “The Makings of You” may be less urgent than the tracks that surround it, but the song provides a welcome reprieve from the record’s weightier moments, and forms an interesting contrast to the end-of-relationship realism of “Give It Up,” which closes the album on a note of resignation.

Alongside contemporaneous releases by Gil Scott-Heron, James Brown, and The Last Poets, the musical and lyrical themes that Mayfield explored on Curtis would help to lay a foundation for the hip-hop scene that began emerging in New York City by the mid-seventies. Lyrically, Mayfield’s ability to deliver a hard-hitting message in an accessible package would serve as a template for rap music’s eventual commercial breakthrough in the eighties. Musically, it’s of little surprise that Mayfield tracks have consistently remained in vogue as sources for sampling for three generations of hip-hop artists, as the widescreen production approach of his greatest recordings provide for an inviting sonic canvas.

Curtis was a mild commercial success that drew significant critical acclaim upon its release. It predated a series of landmark records – Marvin Gaye’s What’s Going On (1971), Sly and the Family Stone’s There’s a Riot Goin’ On (1972), and Mayfield’s own Super Fly (1972) – that would further expand on the album’s prescient mix of the personal and political. While each of those records would yield greater commercial success, it’s not unreasonable to suggest that Curtis should remain the standard by which early-seventies soul albums are judged. Super Fly may be Mayfield’s most recognizable work, but Curtis is his masterpiece. 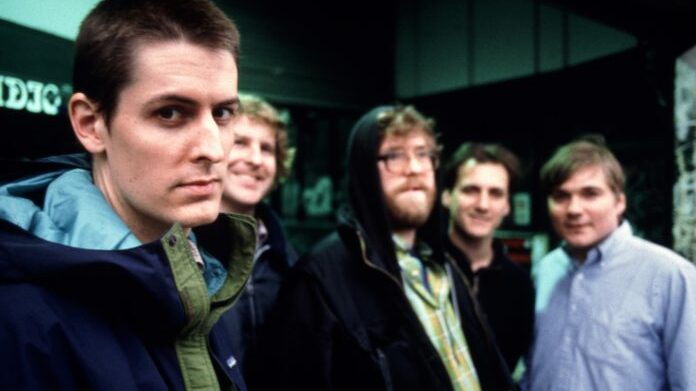