In 1919, British Parliament passed the Housing, Town Planning, &c. Act. Also known as the “Addison Act,” it set out to create housing that would improve the standard of living for middle and lower class citizens throughout the United Kingdom. Thousands of families were given government homes in growing suburban areas, in the hopes of a better life outside of inner cities. However, due to lack of funding – thanks to the Great Depression and World War II – many of these homes would quickly become outdated by mid-century. One of the cities that received the most government housing from the Addison Act was the Northern English city of Liverpool. Being a major port city, Liverpool was a main target of the German Blitz; around 2,500 people died, over half of Liverpool’s homes were damaged, and the Liverpool Maternity Ward was almost completely destroyed on May 3rd, 1941. Rebuilding after World War II was slow and costly, and as the 40s gave way to the 50s, inner city Liverpool and the suburbs surrounding it gave way to disastrous city planning initiatives that left many Liverpudlians dependent on government homes that had been built during the Addison Act.

The McCartney family was one of the thousands of Liverpool families living in government housing when Paul McCartney – the eldest of two sons – first met future-Beatle John Lennon in 1957. The two would quickly form a bond as songwriters and, along with George Harrison, began frequently playing gigs around Liverpool. By 1960 they were playing as The Beatles and had earned a residency at the Star Club in Hamburg, Germany. While the crowds in Liverpool had been mostly composed of teenagers, the audiences in Hamburg were regularly made up of sailors, prostitutes, and visiting businessmen. The band would bounce back and forth between Liverpool and Hamburg during 1961 and 1962, quickly gaining a following in both cities.

After seeing The Beatles play in Liverpool’s Cavern Club, Brian Epstein approached the group with an offer to manage them. One of his first acts as manager was to “clean them up” by dressing them up in suits and matching hairstyles. This was a far cry from the “Teddy Boy” style that had helped the group gain popularity in the dark clubs of Hamburg, but the aesthetic uniformity of The Beatles worked, and it ended up playing a crucial role in getting people buy their records in the early phase of their career. Growing up in post-war Liverpool and developing a sound in Hamburg famously gave The Beatles an edge that would captivate their audiences and fuel the ambition that made them the most influential band of all-time, yet efforts to commercialize them early in their career would only inspire the band members to reject the very image that made them popular, by throwing in references – subtle and not so subtle – to their working class backgrounds.

Even though early songs like “A Hard Day’s Night,” “Can’t Buy Me Love,” and “She’s a Woman” all reference work or a need for money, the group truly gained scorn from British elites due in part to actions like openly mocking British royalty, joking during interviews, and generally defying social norms. This disdain from the old elite would only fuel the fire of “Beatlemania” as the group started to tour the world heading into 1964. It was in that year when The Beatles first met Bob Dylan. Dylan not only introduced them to marijuana, but also inspired new directions in their songwriting. 1965’s albums Help! and Rubber Soul saw Lennon and McCartney dive headfirst into more “mature” topics, including more overt commentary on class and labor. One example that I find particularly compelling comes from the the final verse of Rubber Soul‘s “Girl”:

Was she told when she was young
That pain would lead to pleasure?
Did she understand it when they said
That a man must break his back
To earn his day of leisure?
Will she still believe it when he’s dead?

While the first half of the verse challenges sexual repression in the Catholic church, the second part plays on the “hard work equals reward” idea that was referenced in earlier Beatles songs like “A Hard Day’s Night.” Unlike “A Hard Day’s Night,” “Girl” challenges us by exposing a system in which years of suffering lead to a reward that is taken away just as quickly as it is given. The exact wording of “break his back” and the specific use of leisure paints a picture of someone working their life away for a chance to settle down and relax, only for the consequences of a lifetime of labor to catch up to them. This is in line with some of the influences that Lennon, in particular, had in 1965. This openness to talking about class struggle in this way would offer a pathway to lyrical maturity that would only grow more complex in the years to come.

That complexity would show itself with “Taxman” – the opening track to the band’s 1966 album Revolver. In the song, George Harrison relays his frustrations about the high level of taxes that he has to pay due to his newfound fortune from The Beatles. Some have speculated that it has a level of sarcasm to it, and while I can see where they are coming from, I also think that the frustration comes from a genuine place. However, is it really as capitalistic as some people may suggest? I think not. In fact, I think you could read it as Harrison being annoyed that someone who worked for their money still has it taken away, while people who had inherited theirs – such as the royal family – are less hurt by it. Either way, this contrasts heavily with how Harrison would talk about money in the future – see 1973’s “Living in the Material World” – possibly even contradicting himself on his next Revolver track, “Love You To.” Even with the potential sarcasm and contradictions, “Taxman” stands as an interesting example of how fast The Beatles each had matured and changed in such a small time, and why their stances on wealth – both literal and metaphorical – can serve as an irreplaceable guideline to tracking the evolution of their songwriting.

While John and George both have multiple songs throughout The Beatles’ discography that give us at least a peak into their views on wealth, Paul’s personal views are much harder to find examples of within the actual songs. Unlike John and George, Paul preferred writing songs that skewed more fictional – focusing on broader themes and characters, as opposed to zoomed-in personal reflections on his own life. However, even in some of his most fictionalized songs, we can find common themes that give clues as to how Paul thought about a more metaphorical sense of wealth. Almost all of Paul’s tracks on Sgt. Pepper’s Lonely Hearts Club Band have references to wealth. “She’s Leaving Home” tells the story of a young woman running away from her parents, partially because they couldn’t provide something she felt was missing. The line “fun is the one thing that money can’t buy” particularly implies that Paul believes there is more to comfort than material wealth, and that a true life of contentment needs a sort of metaphorical wealth. This is consistent with the later track “When I’m Sixty-Four,” in which Paul imagines a future where he can settle down and live a simple life with his family, far away from his troubles. The whole concept of Sgt. Pepper itself plays largely into the role that nostalgia for “simpler times” had in providing a sense of comfort in post-war England – a sense that was particularly prevalent in the McCartney household. Without looking back to the “good old days,” the tough future of rebuilding broken cities would have felt practically impossible for anyone living in war-torn Liverpool – or countless other cities – in the late-40s and 50s. The same could be said about how the nostalgia of psychedelic music is what helped so many people make it through the end of the 60s – a time in which every single system and way of life seemed to be changing.

There are plenty of references that I knowingly left out of this piece. From each of the members’ backgrounds, to specific songs recorded while they were in The Beatles, to their individual solo careers, entire books can be – and probably have been – written about how the Beatles viewed things like class, money, and wealth. I didn’t want to touch on everything, because part of the enjoyment of listening to The Beatles is finding these connections on your own, and building your knowledge of them through your own means. That being said, a playlist containing the songs mentioned in this article – as well as some I didn’t get to talk about – can be found below. 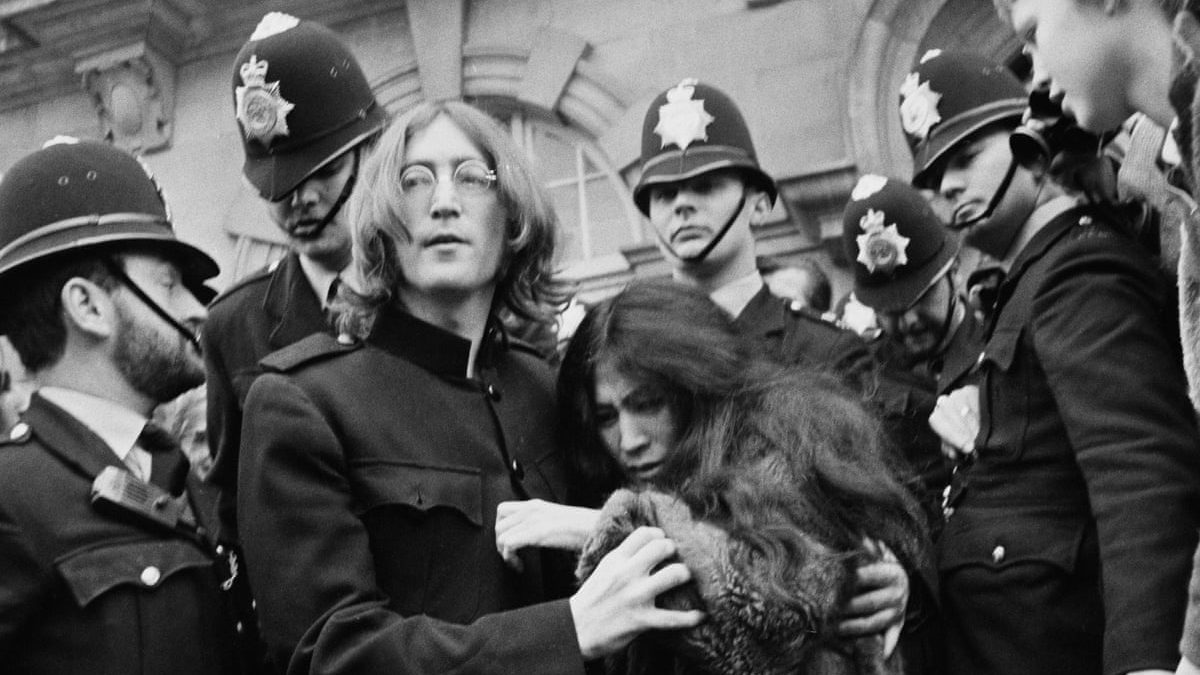 1 thought on “From “Taxman” to “Sgt. Pepper”: The Class Politics of The Beatles”