This piece is part of Strange Currencies Music’s month-long celebration of girl groups.

The Shaggs. Were they a girl group? In the sense that they were girls, sure. Could they play instruments and/or sing? Not really, but they did it anyway on their only proper album, Philosophy of the World, originally released in 1969. Is the story of the band’s formation, dissolution and rebirth a legend at this point? Yes, and it’s been retold over and over again by better writers. Go read this in-depth profile from The New Yorker if you’d like to learn all about Dot, Betty, and Helen Wiggin and what their domineering father put them through. But, uh, hurry back. I wrote a whole thing, too.

The Shaggs are famous at this point, is what I’m saying. There’s even an off-Broadway musical about them, titled (confusingly, if you try to Google it) The Shaggs: Philosophy of the World. I found a trailer for a 2011 production that makes the whole thing look like a gag from 30 Rock, but astonishingly, the soundtrack is actually kind of good (as far as off-Broadway musicals go). There’s also a Shaggs movie in the works. My point is, while The Shaggs are a band that feels like a secret — something you discover in the dark and can’t believe is real — the cat is already way out of the bag. I’m not here to retread their tragic backstory or show off my own elitist musical tastes by comparing them to this or that obscure musician you’ve never heard of (well, maybe a little). I’m here to talk nuts and bolts.

Let’s face it. The Shaggs are difficult to listen to.

I don’t care how much of a seasoned weirdo you are, or how much you love listening to Captain Beeheart clip his toenails or whatever. The first time you listen to Philosophy of the World, it’s a challenge. And it’s confusing. You find yourself wondering: Are they jazz musicians? Are they performance artists? Is this proto no-wave? Prehistoric math-rock? Am I too dumb for this music, or is it too dumb for me? The good news is, the answer to that two-parter at the end is “no.”

I’ve come to realize that what makes The Shaggs so hard to listen to isn’t the complexity or simplicity of their songs. For me, it’s the fact that the drums are out of sync with the rest of the band. That’s all. There’s literally nothing more to it. Separately, I love the bizarre, flat vocals and disjointed, atonal guitar work from Dot and Betty, and I love the sloppy, incessant noise being made by Helen on the drums. But the fact that the two sections are operating at different tempos makes my brain hurt a little.

The secret, I’ve found, is to close your eyes and tap your foot. Or leave your eyes open, I don’t care. I’m no expert, and I don’t want this to be too much of a how-to or a “Shaggs for Dummies.” But I’m telling you, tap along. Just not to the rhythm of the vocal. Tap along with the drums.

First thing’s first: fire up the title track, “Philosophy of the World.” All Helen is really doing here is dutifully banging out unadorned quarter-notes, with the occasional plucky fill. That makes it easy to tap your foot. Stomp those downbeats! Bobbing your head from side to side in time works, too; that’s fun to do while driving. You may notice a strange sound while enjoying the unrelenting percussive stylings of Helen Wiggin. Could it be a completely unrelated song somehow bleeding into your speakers from some mysterious, unseen source? Perhaps broadcast from outer space? No. It’s just Dot and Betty Wiggin, who seemingly recorded their parts in another studio, on another day, far from their sister while unable to hear what she was playing. But guess what? While you’ve been tapping your foot, you’ve managed to find a groove. Something to latch onto. The rest can just sink in over time. Don’t think too much about it. After awhile, the twisted melodies will be stuck in your head, driving you nuts while you try to go to sleep.

Part of what I’m trying to do here is draw attention to the fact that Helen’s drumming is, in a way…sort of…good. Skip ahead to “I’m So Happy When You’re Near.” Her playing is confident. She’s not second-guessing herself at all. Her tempo is pretty consistent. Her fills are good, if a little sloppy. She’s on a different planet from her sisters, but that’s why you have to sort of ignore them if you want to find the groove. And I don’t mean to discount the contributions of the other sisters. Dot, in particular, might truly be a genius of some sort. She’s almost certainly the only Wiggin who may have actually liked the idea of being in a band back when dad made them start one. But more on Dot later.

If you want to hear this band inexplicably playing in sync, skip to “Why Do I Feel?” It’s bookended by some actual grooviness, and the body of the song is pretty easy to follow, too. But that’s no fun. The absolute pièce de résistance of the record, the pinnacle of disjointedness, the reason people think this album might actually be a masterwork of avant garde innovation rather than a complete accident…is “My Pal Foot Foot.”

I’m turning my back on the foot-tapping premise for this one. It just doesn’t work here. Even so, “My Pal Foot Foot” is Helen’s moment in the sun. It starts with a drum solo, and transitions into what seems like random drum hits mixed with stick clicks, all while her sisters are playing the most gorgeously discordant chords you could imagine and singing about either a lost cat or some kind of imaginary monster made of feet. I’ve tried to wrap my head around Helen’s playing during the verses. I can’t really figure it out, but her high hat seems to be closing on the downbeats of some kind of triplet pattern. You can count (chick) two three, (chick) two three. But as for what’s going on between those (chick)s, I have no idea. I don’t know if she did either. But that doesn’t matter, because it sounds like she might have. That’s enough to make some people think this record is an acid-jazz masterpiece.

Frankly, that might be the case. We need to talk about Dot (sorry Betty, I’m giving you the middle child treatment here, even though you’re the youngest). Dot wrote all of these songs. This stuff wasn’t just made up on the spot. If you invert what I’ve been telling you and ignore the drums for a bit, you’ll hear that Dot and Betty are in lock-step with one another. Their guitars may be out of tune, but their playing is tight. Their dual vocal lines are clearly well rehearsed. And they achieve some nice moments with their voices. When they sing “…just because they want them to obey certain ruuuuules” in “Who Are Parents,” they almost sound like the kids from A Charlie Brown Christmas. Dot had a vision. She composed these songs, and she did it carefully.

Okay, here’s where I’m going to do the thing I said I wouldn’t. I’m going to compare The Shaggs to another obscure musician. And I’m going to use Captain Beefheart as my example (although I swear I’ve never heard the man clip his toenails). Listen to “Bill’s Corpse” from Trout Mask Replica. It’s one of the more jumbled-sounding songs on the record. The instrumental parts sound completely unrelated one another. But if you really listen, that’s all an illusion. The guitars, bass, and drums are having a conversation. It’s all call-and-response with some interruption and crosstalk thrown in, but you can tap your foot to it once you find the pulse, I guarantee. The  song even falls into a true groove after about 40 seconds. Point is, Beefheart composed the hell out of “Bill’s Corpse.” And his band executed it with surgical precision while sounding like they were just screwing around.

That brings us back to Dot. Famously, the Wiggin sisters were pulled out of school by their father in the late 60’s to form a band, thereby fulfilling a prophecy spoken by their grandmother before they were born, and the band broke up the day their father died; did you read that New Yorker article, by the way? The common assumption is that none of the girls wanted to be in a band, and they were just trying to please their dad – or avoid his wrath – but I can’t help but think that Dot was actually very into the idea. Or if she wasn’t, she managed to rise to the occasion in a more legitimate way than you might assume after casually listening to Philosophy of the World.

Here’s what happened with Dot, 40+ years after the record came out: she started another band. Ready! Get! Go! (that “Get” is not a typo) by The Dot Wiggin Band came out in 2013. It features previously unrecorded Shaggs songs and some new material, and it’s a pretty solid effort overall. But what really surprised me when looking into this solo project was what I found on the band’s YouTube channel. The members – the people who actually have to play this bizarre stuff – talk about how surprised they were to learn that Dot had songs like “My Pal Foot Foot” charted out with actual musical notation. It was all there on the page the whole time! Dot composed the hell out of those songs, just like Captain Toenails.

And just look at the video below. Dot and the band were out there doing live performances of “Foot Foot,” and they were note-perfect, which is to say they sounded terrible in the best way, just like the original recording. And watching the videos, you can feel the effort that went into making the music sound that way. Like they were just screwing around. And it’s all because Dot has secretly been a musician since 1969.

I guess I should wrap this up. I wish I knew more about Betty. I do know that she and Dot played a reunion show in 2017. Helen passed away in 2006. Who knows if any version of the band exists anymore? The Shaggs are a secret again. Just remember the next time you’re tapping along with Philosophy of the World: it’s not too dumb for you and you’re not too dumb for it. 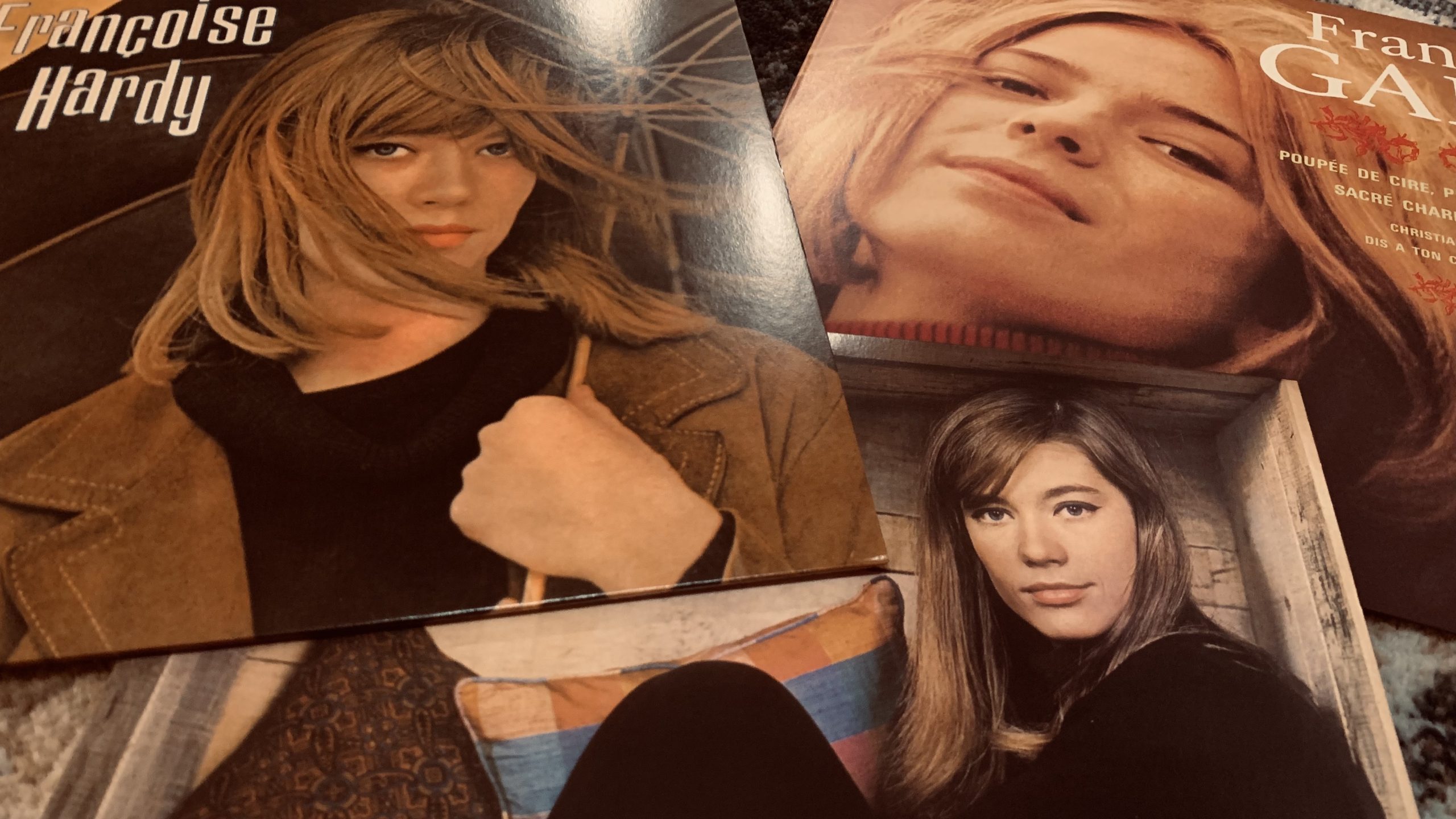 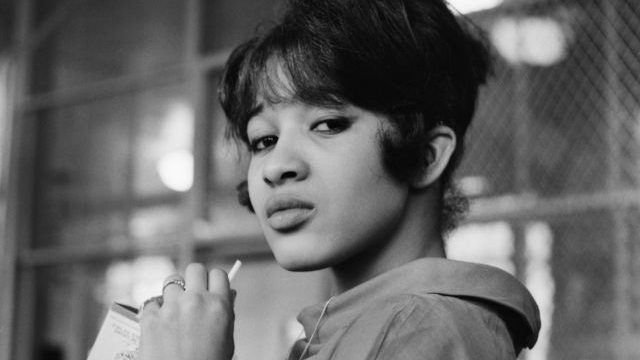 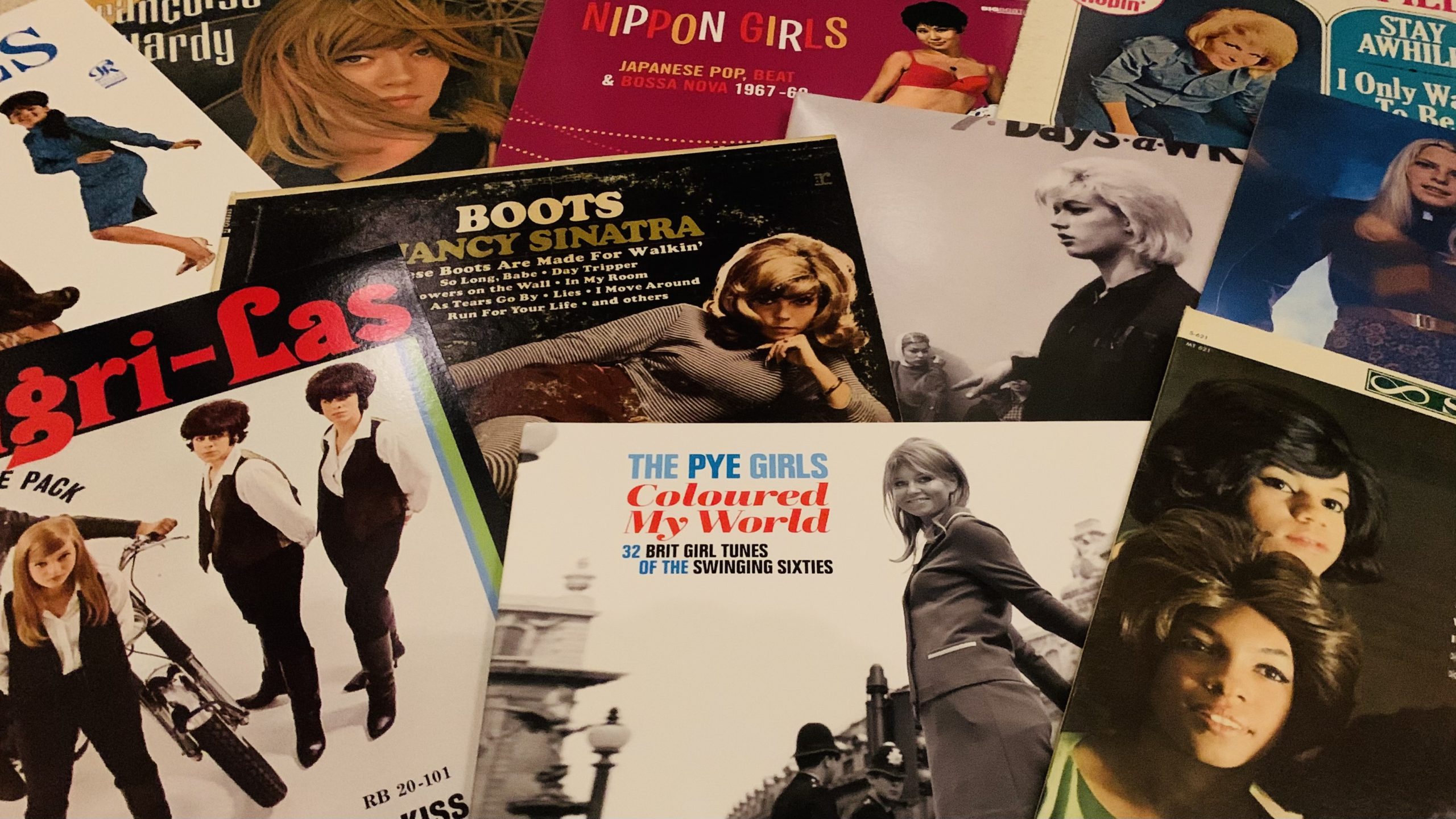