OutKast’s masterful third record expanded upon the stylistic and thematic growth displayed on 1996’s ATLiens. It would represent a new high-water mark for the Atlanta duo, and go on to become one of the most revered albums in hip-hop history.

In the mid-1990s, the world of hip-hop music was largely defined by an intense rivalry between East Coast and West Coast artists. The 1995 Source Awards – the second annual showcase of the industry’s brightest stars – represented the most public moment yet of the burgeoning feud, when Death Row CEO Suge Knight took a thinly-veiled swipe at Sean “Puff Daddy” Combs, head of the New York-based Bad Boy Records. While the feud would continue to escalate from that point – eventually playing a possibly-significant role in the murders of Tupac Shakur and The Notorious B.I.G. – the ceremony also signaled the moment of arrival for an act that was neither tethered to New York or Los Angeles. Upon being named as the “Best New Rap Group” of 1995, a shower of boos descended upon a duo of twenty-year-olds from Atlanta that had once planned to call themselves The Misfits, but – apparently upon learning of Glenn Danzig’s band – had settled on a variant spelling of a synonym, “outcast.” As they collected the hardware earned for their 1994 debut album, Southernplayalisticadillacmuzik, André Benjamin – barely out of his teens – exclaimed to an audience that was only united in their disapproval of his presence onstage, “the South got something to say.”

André Lauren Benjamin and Antwan André Patton met as sixteen-year-olds in 1992. Benjamin was a native of the East Point community of Atlanta, and Patton was the new kid in town – having recently moved from Savannah with his aunt and siblings. Attending a magnet program for visual and performing arts at Tri-Cities High School, the duo became fast friends – despite the many contrasts in their personalities – and formed OutKast shortly after meeting. By 1993, Benjamin (now calling himself André 3000) and Patton (aka Big Boi) had hooked up with the production group Organized Noize and caught the attention of LaFace Records, who would release their first LP the following year.

Southernplayalisticadillacmuzik was an impressive debut – and a remarkably-assured statement for a pair of nineteen-year-olds – but it was on the group’s follow-up, 1996’s ATLiens, that they truly began tapping into a unique sound. Incorporating live instrumentation and atmospheric production, André and Big Boi explored a wide variety of topics, many of which reflected a stark contrast to the “gangsta” themes that dominated most hip-hop of the era. By this point, André had given up many of the trappings of his new found stardom (most notably drugs), while Big Boi had recently become a father. Additionally, the sci-fi motifs of ATLiens only further magnified the differences between OutKast and their contemporaries. While ATLiens was a creative, critical, and commercial breakthrough for OutKast, André and Big Boi aimed to expand upon its success with their third album. Having gained leverage with the success of their first two records, the group was given greater creative control for what would eventually become Aquemini – an album that represented the complexities of its creators – an Aquarius and a Gemini – and their unique collaborative chemistry. It would set a new benchmark for the duo, Southern hip-hop, and rap music as a whole.

Aquemini is a dense record. Spanning sixteen tracks in a shade under seventy-five minutes, it’s imposing in scope – the vinyl edition is split over three discs – but is remarkable in its depth. A track-by-track analysis of the record reveals points both low (“Mamacita”) and high (literally everything else), but separating Aquemini into its component verses, lines, and production tics is a dizzying task. In simple terms, the album draws from such an array of influences – each filtered through the unique vision of its creators – that there is truly no precedent for it in the history of popular music.

André 3000 oversaw the lion’s share of production of Aquemini, which doubled-down on the live approach of ATLiens. First single, “Rosa Parks,” set the Civil Rights icon’s name to a track that is part-club banger, part-hoe down, and not at all related to Parks’ role in kickstarting the Montgomery Bus Boycott. OutKast would eventually be sued by Parks for misappropriating her legacy, but even if their “homage” skirted the line of good taste, it’s a classic track that provided a revealing first glimpse into a fascinatingly anachronistic album. The song’s rustic guitar and harmonica backing couldn’t have been much further from the glossy “pop rap” of Puff Daddy, whose cloying tracks were inescapable at the time.

For many, the highpoint of Aquemini is the neo-soul track “SpottieOttieDopaliscious,” built around a horn hook that is one of the definitive musical moments in OutKast’s catalog. For a group that would later craft the hyper-tempoed “B.O.B.,” “SpottieOttieDopaliscious” is impossibly laid back, settling into a funky groove that rides effortlessly over its seven-minute run-time. Lyrically, the song is an introspective reflection by two young rappers, caught in the pull between stardom and fatherhood.

My highlight of the album is the one-two punch of “Da Art of Storytellin’.” While the apocalyptic vibe of “Part Two” is thoroughly impressive from both a musical and lyrical standpoint, it’s “Part One” that ranks with the greatest moments in hip-hop history. Set to the breeziest instrumental backing of the group’s discography, “Da Art of Storytellin’ (Part One)” is the single OutKast track that best showcases the two distinct personalities of its creators. André’s verse is particularly noteworthy for its ability to capture the summer evening feel of the instrumental track, while spinning a coming-of-age story of impressive depth and characterization. The group would release some of the most iconic singles of its time, but this is arguably the quintessential OutKast song.

Aquemini was another hit with critics and fans, and while the group would become one of the biggest hip-hop acts in America with its next album, Stankonia (2000), and one of the most successful groups period with its 2003 double-album Speakerboxxx/The Love Below, they would never improve upon their third record. Just as it appears in the middle of their discography, Aquemini caught André 3000 and Big Boi in the transitory state between the hungry kids of Southernplayalisticadillacmuzik and the mammoth success of their later work.

Aquemini ends with the slow-burn P-Funk inspired “Chonkyfire.” As the track enters its long fade away and the tempo starts to slow to a crawl, the audio of the group’s 1995 Source Awards acceptance speech begins. Over a rapidly deteriorating beat, a young André Benjamin again states “the South got something to say.” A lesser artist would’ve meant that as an act of braggadocio, but this precocious twenty-year-old seemed to issue it as a challenge to his future self. As the preceding seventy-four minutes of his masterpiece melt into a twisted denouement, the words of his younger self become prophetic. 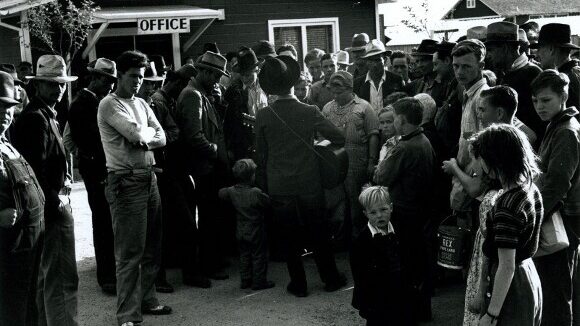 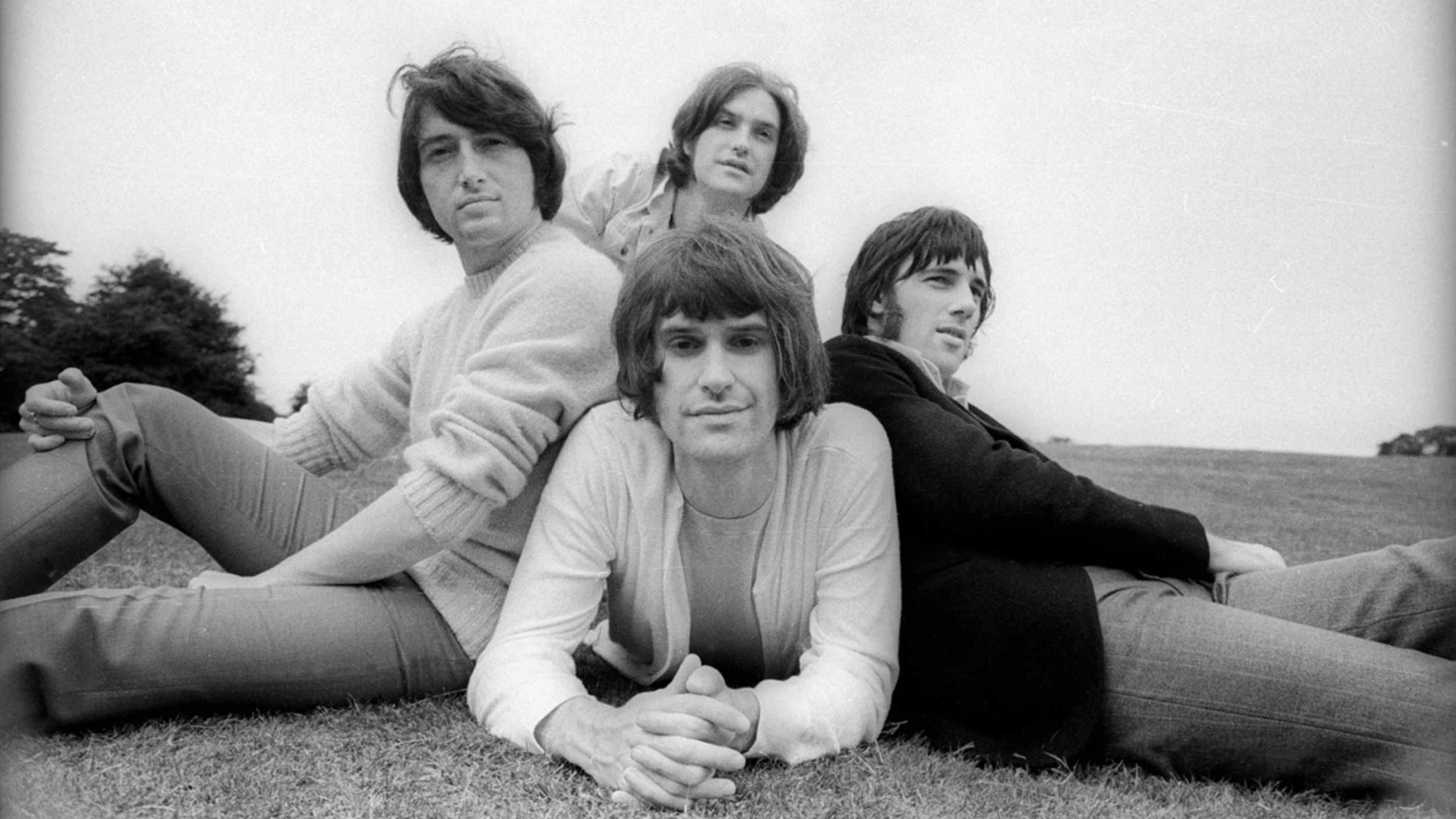