Nearly as essential as any record in their catalog, Pavement’s 1997 album, Brighten the Corners, presented the sometimes-shambolic band in stunning clarity. It remains an arresting listen, twenty-five years after its release.

Accessibility: the word most frequently bandied about in discussions of Pavement’s fourth album. Though anecdotal, I can provide at least a couple of examples why this descriptor tracks. The first involves a pair of high school friends who discovered Brighten the Corners shortly after its release in February 1997. Already a fan of 1994’s Crooked Rain, Crooked Rain, I had not yet even heard Corners by the time that these two were quoting its lines. Somehow, this kinda shambolic record managed to capture (and hold) the interest of two drummers who were typically into more “accomplished” fare, along the likes of Tool. The second example was that of a fellow Strange Currencies contributor, who I gave my original copy of Brighten the Corners, after acquiring the 2008 deluxe edition. While he hadn’t been swayed by the mighty one-two punch of Slanted and Enchanted and Crooked Rain, Corners sealed the deal.

Even in the spring of 1997, the “cleanliness” of Brighten the Corners was already a talking point. Arriving on the heels of the famously thorny Wowee Zowee, Corners almost came off as a course correction: the album that, if Pavement truly had interest in a genuine commercial breakthrough, should have followed Crooked Rain, Crooked Rain. As it stood, Brighten the Corners merely solidified the group’s status as a cult act, albeit one that picked up at least a couple of new followers along the way.

From the outset, Brighten the Corners balances crystalline guitar leads with climactic payoffs and sharp lyricism. Pavement had always excelled at hooks, but even the poppiest moments of the band’s past had been matched with a detectable level of obfuscation. While precedents for Brighten the Corners could be found in earlier tracks (“Cut Your Hair,” “Rattled by the Rush,” “Give It a Day”), Pavement’s new songs were unexpectedly direct, and often disarmingly so.

The thing is, that directness was still hard to define, and only exists in relation to the group’s previous work. In a New Yorker piece published a few months after the album’s release – and reprinted in its deluxe edition – Alex Ross described Pavement’s music as “classic rock… hijacked by surrealists.” It’s fitting, if for no reason other than the fact that these songs, while ostensibly “radio friendly,” are virtually impossible to parse. One needn’t look further than Brighten the Corners‘ opening tracks – also its two singles – for evidence.

Arriving in an instrumental mélange that could reasonably be described as disjointed, “Stereo” finds the group’s leader, Stephen Malkmus, speak-singing his way through a minefield of non-sequiturs and pop culture references. While the meaning may be elusive – and quite possibly non-existent – the track is eminently quotable, and richly evocative in its obscurity: “Pigs, they tend to wiggle when they walk”; “What about the voice of Geddy Lee / How did it get so high? / I wonder if he speaks like an ordinary guy?” Nevertheless, even if it were little more than gibberish, it still builds to the glorious payoff of the chorus, in which Malkmus seems to celebrate his uncompromising arrival to our periphery: “Listen to me! I’m on the stereo, stereo.”

Even more irresistible is “Shady Lane.” The shimmering open-tuned chords that were always guaranteed to set Pavement apart from anything else on late-nineties “alternative” radio deliver a chorus that appears thin on paper, but carries an undeniable resonance when delivered in Malkmus’ charmingly vulnerable melody. The combination of the album’s laid-back production (tag-teamed by Bryce Goggin and Mitch Easter in the latter’s home-based studio), and the band at their most collaborative and rehearsed, reaches an apex on the track, which presents the group’s idiosyncrasies in an affable, sympathetic manner.

After that opening salvo, Brighten the Corners maintains a similar sense of equilibrium, balancing its much-ballyhooed approachability with the off-kilter elements that one had come to expect from Pavement. “Transport Is Arranged” is a show-stopper, with its Mellotron-aided main section giving way to a winding-then-pulverizing mid-song excursion (and containing the Malkmus gem, “A voice coach taught me to sing, he couldn’t teach me to love”). The opposing ends of the spectrum travailed on that song return for the raw highlight “Embassy Row,” and the gorgeous penultimate track, “Starlings of the Slipstream.”

With Brighten the Corners frequently described by the members of Pavement as their most group-oriented effort, it’s wholly fitting that two of the album’s standouts belong to the band’s perennial runner-up, Scott (Spiral Stairs) Kannberg. As Pavement’s star rose throughout the decade, Kannberg – who was indispensable in the group’s early work – became increasingly marginalized. While his lyrics were equally cryptic to those of Malkmus – if less evocative – the consumerist-hinting titles of Kannberg’s contributions (“Date With Ikea” and “Passat Dream”) help to add a few threads to the theme of “middle-aged respectability” that runs throughout Brighten the Corners; from a musical perspective, the Byrds-ian 12-string jangle of “Ikea,” in particular, is a keeper.

With a small catalog of near-uniform greatness, each full-length Pavement album is destined to play its own overly-simplified role. Slanted and Enchanted is the out-of-nowhere classic: an album made with no external expectations, that remains the “purest” distillation of its creators’ original vision. Crooked Rain, Crooked Rain is the masterpiece: the record that delivered on the promise of the band’s early work, and reached beyond the realm of those merely “in the know” (and ultimately to small town kids like myself). Wowee Zowee is the sprawling, misunderstood fan favorite: an album that seemed to deliberately push against all expectations, but eventually grew to become (nearly) as beloved as its predecessors. Terror Twilight is the frustrated (and perhaps frustrating) conclusion: the record where you can hear the group’s creative focal point ready to move on to something else. 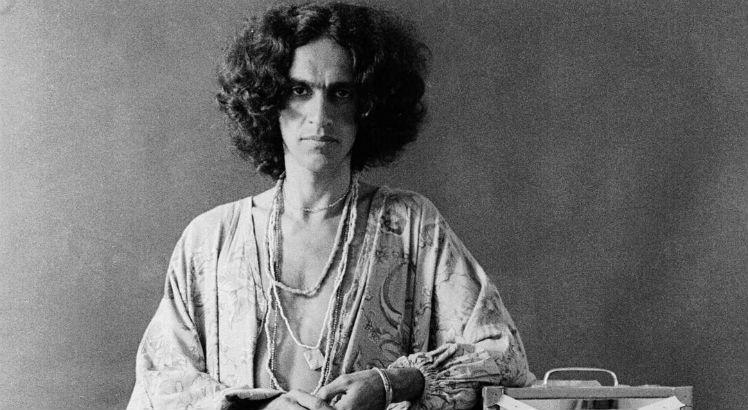 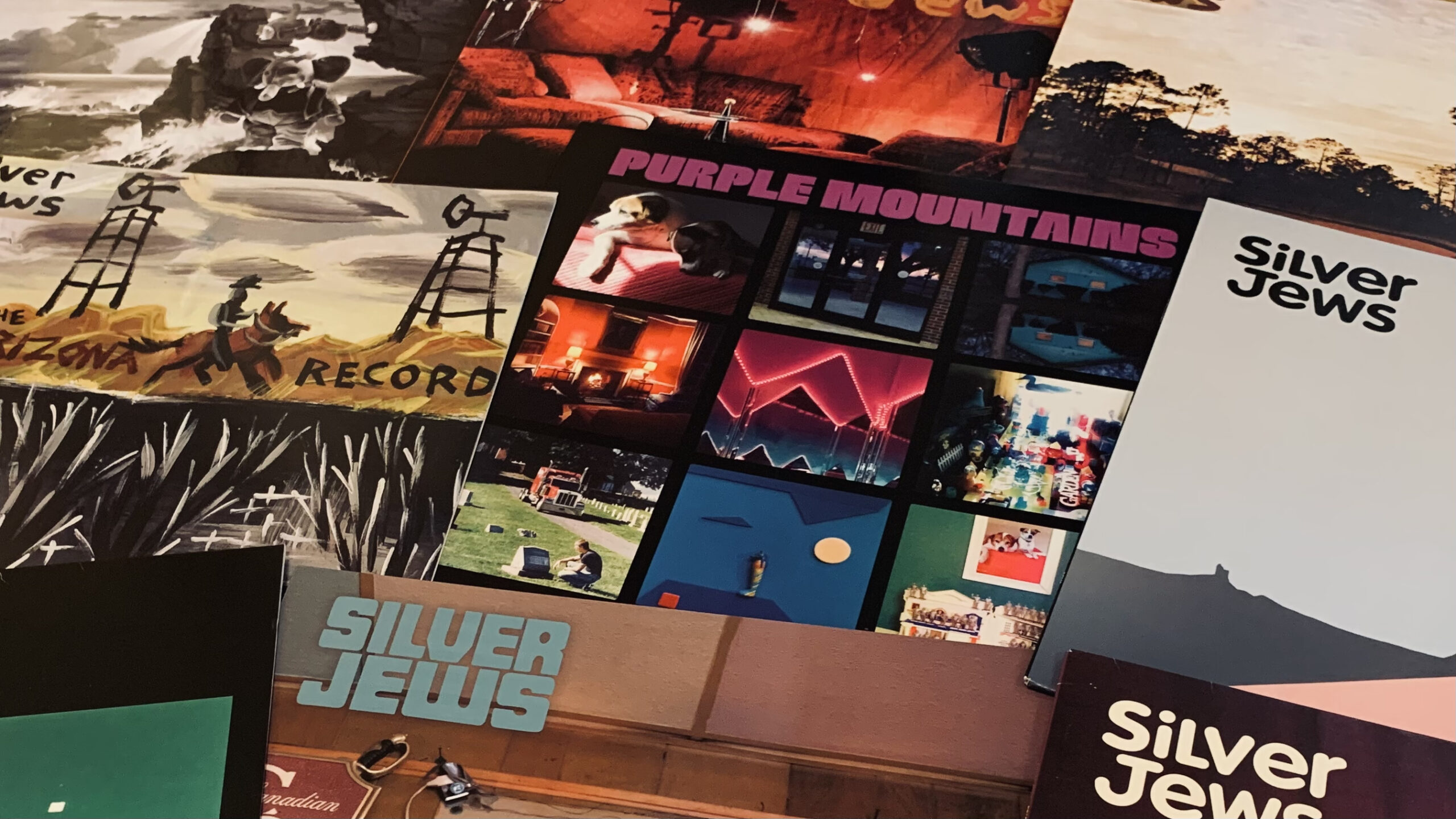 An Introduction to David Berman